Skip to content
Trying to get to Playa Blanca from Cartagena? Maybe you've got beaches on the brain, sand on the subconscious, and waves on the [brain]waves? Us too. Here's how to get all the way from hip Cartagena to the whitest beach in all the land: Playa Blanca.

When walking the streets of Cartagena, you’ll be attacked (verbally) by dozens of hawkers holding old laminated sheets detailing tours to Playa Blanca. Spoiler alert: you don’t need a tour (but we do recommend the shuttle).

We searched long and hard for an easy way to get to Playa Blanca when we wanted to arrive (a.k.a. – not early at all), but without paying a zillion dollars.

Aaand, we didn’t find one. There are public buses, but they take forever. There are taxis, but they price gouge you on the way there, back, or both. There is Uber, but it’s unlikely you’ll find one in the area at the end of the day. There are boats, but they can be sickening. And you could drive yourself, but hire car + Colombian roads are … I’m sure you can guess.

But, you’ve gotta get there somehow! We’ve weighed up the options, cost, time, and convenience and graciously present them to you, our humble public, below.

For ease (and potentially laziness) we opted for the shuttle bus to Playa Blanca. It had reasonable leaving times, guaranteed return times, and the price was acceptable (although much pricier than a public bus). Aaand, perhaps the most important feature: air conditioning!

The shuttle is run through Mamallena Tours and Travel and leaves from Hostel Mamallena, right in the middle of Getsemani. To be honest, the cost is worth it. Having the peace of mind of just getting on board the bus, enjoying the beach, then getting back on the bus is worth that money alone.

It’s worth noting that if you would like to stay in Playa Blanca for a night or two (there are stacks of basic hotels and hostels around!) you can take the bus there one day, and return on a different day. Sweet!

You can take a public bus to Playa Blanca and save a crap-ton of money (it’s a measurement, look it up). Specifically, you’ll drop around 2,200 pesos on your bus ticket. But wait up, you could buy 22 public bus tickets for the price of the shuttle!

There’s a catch (isn’t there always?). The public bus takes a long time, has an undisclosed schedule, and makes a stack of stops. Then, it only gets you as far as Pasacaballos.

Once in Pasacaballos you need to pay a moto-taxi driver, or a taxi driver, to take you the rest of the way for around 7500-10,000 COP per person. Not my cup of tea, but if you want to do Playa Blanca on a budget it’s definitely an option.

We haven’t taken this option because we hear the boats go REALLY fast, so if you suffer from sea-sickness I’ll direct your attention gently back to the options above.

If you do want the thrill of the water, head on down to Mercado Bazurto and put your haggling skills to the test! You’ll pay a bit more on the way there than the way back when they’re looking to fill the boats, but at least you’ll arrive with stylishly wind-tossed hair.

We’re hesitantly adding this one to the list because while you may be able to get TO Playa Blanca using Uber, it’s not as simple to get home again and you may end up paying a huge price for a cab.

However, if you’re in a group of three or more people it could be worthwhile taking this option if you can split the cost between you. Otherwise, it may just be easier to take the shuttle bus.

**I’m going to add an addendum here though: if you’re planning on doing a bioluminescence tour (HIGHLY recommended) these sometimes include the return journey. Instead of booking a tour in Cartagena we waited until we arrived at Playa Blanca and paid 40,000 COP per person. Turns out that included the trip home! Based on this, you could certainly take an Uber out, and then make sure you have transportation back to Cartagena included.

Voila! You’ve arrived safe and sound in Playa Blanca – now what do you do while you’re there? Check out our full report on how to make you day trip to Playa Blanca dreamy 😉 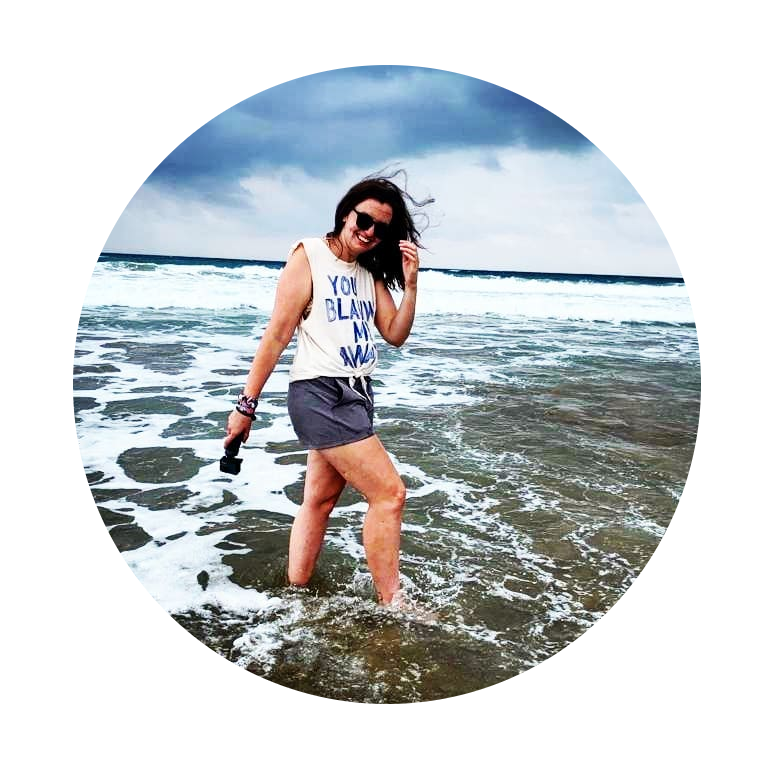 I’m Sam, a long-time traveller, short-time blogger obsessed with finding the must-see places in each destination and bringing them to your computer screens to plan your own travels.

I'm all about finding the perfect balance of adventure, time, and expenses, and there's nothing I like more than scoring a sweet deal. That's enough from me, now get back to reading this truly fine specimen of a post! ↵

You should also check out:

We’ve paused our travels due to COVID-19 — but we’re hanging on the Netherlands, and will (safely) explore countries as the situation improves!

We’ve made a job out of avoiding winter for almost two years, scooting around hemispheres in complete denial. But hey, if this landscape is what comes before winter, I think we’ll be okay 👌🍂
Can you work remotely in the Galápagos Islands? Well...
A fitting sunset for our last night on the Galapagos Islands. Three weeks goes so bloody fast when you're surrounded by incredible animals, amazing scenery, and the best people!⁠
Another day, another swim spot. ⁠
Sea lions can enjoy sunsets too.⁠
Giant tortoise? Just a regular occurrence here.⁠
%d bloggers like this: